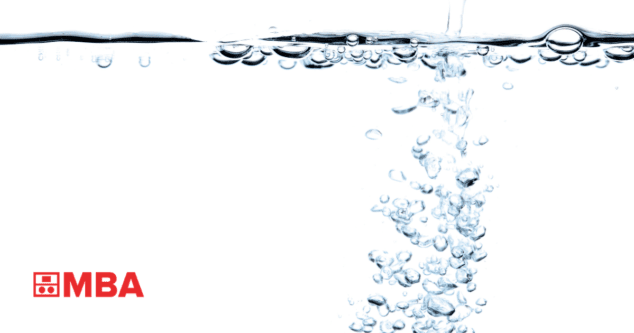 At the start of the sandblasting industry, almost all the blasting was wet abrasive blasting. Wet delivery is great for containing the blasting abrasive for recycle and controlling the dust created during blast operation.

When wet blasting machines were just about the only ones available, they were mostly manufactured using hot and cold rolled carbon steel that easily rusted and required replacement about every five years. Back then, stainless steel cabinets were much more expensive to fabricate and build, and the tools to fabricate stainless steel weren’t readily available. Those days also included belt driven slurry pumps and packing gland seals that soon simply cut the impeller from the pump shaft.  At the time other forms of agitation, such as air, resulted in a much lower abrasive to water concentration and even longer blasting times.

Over time, dry abrasive blasters developed to include important features like separators reclaimers, which are used to clean and remove the spent abrasive, and dust collectors. These and other new developments were instrumental in the rise of dry equipment, which soon became the favorite method of delivery abrasive.

Pretty quickly manufactures figured out how to leverage frictional heat to achieve faster part cleaning speeds and the elimination of the rusted part after blasting. What had taken an hour to clean in a wet machine took minutes in a dry machine and, as a result, daily production increased six-fold. Soon, most of the older wet blasting cabinets were converted to faster dry cabinets.

Now, what occurred at this time was very similar to what happened in Australia when they imported the Dingo dog to control the rabbit population. It turned out the Dingo liked to eat sheep better than rabbits and pretty quickly Australia had lots of Dingos, lots of rabbits and fewer sheep!

How does this compare to wet abrasive blasting?

Eventually parts that had been cleaned in dry blast cabinets had a slew of problems including:

As you can imagine, people started trying to get their hands on old, wet cabinets because they were reliable!  Unfortunately, the vast majority of wet machines had been transformed into dry machines. The military got involved and did testing, which (BINGO!) established that the wet blasting process made it impossible to impregnate abrasive into the surface of the part. Turns out slow and steady does win the race sometimes.

To Sum It Up

Media Blast is one of the few companies that has always made Wet Abrasive Cabinets and didn’t outsource them after the rise of dry abrasive delivery systems. We know that wet cabinets are crucial to applications that require the elimination of frictional heat, chemically clean part surfaces, and remove only surface coatings and not the actual surface of the part.  Add in the ability to use natural abrasives down to 5000 mesh and the possibilities are nearly limitless for wet blasting. Our Hurricane Wet Blaster is a 100-percent stainless steel cabinet with a seal-less slurry pump that has one of the highest percentages of abrasive to water on the market today.

In years past, we used to say, “You usually know if you have a wet application,” because you had tried a dry machine with poor results. More and more often, it seems newly developed parts require the tried-and-true wet technology, like medical implants and dental tools.