Having a Blast in Vegas – APA Expo Recap

IKONICS Imaging went all out during the biggest trade show of the year, the 2018 International Awards & Personalization Expo (APA Expo) in Las Vegas, NV. IKONICS Imaging didn’t miss a beat and was an integral part of the APA Expo and community. From teaching education/business classes and presenting at the Awards Associates of America, to exhibiting on the show floor along with participating in after-show events, there’s no shortage of things to do and people to meet. It was a fun, whirlwind of events! Let’s recap and bring you along for the ride.

Despite a short flight delay, the IKONICS Imaging crew made it out to Paradise city, on Monday, February 19. The crew rushed over to the Rio All Suite Hotel & Casino to start setting up the trade show booth and check-into the hotel. On the show floor, Peter Norman whipped out his protein bars and ‘set’ music. We jammed away the afternoon setting up the booth along with prepping for the next day’s 8am APA sandcarving seminar class. Around 7pm, we wrapped it up and headed out for a delicious Indian dinner. Later that evening our Latin America Rep, Scarlett Vazquez arrived. Everyone got an early night’s sleep in preparation for the next day – the busiest day of the show! 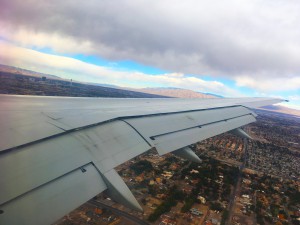 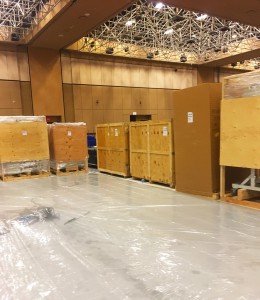 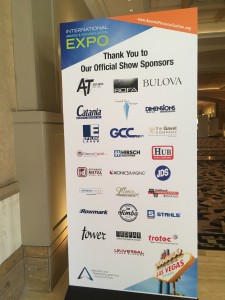 Tues, Feb 20 – Education Day in Vegas! No time to sleep in or dilly dally. The IKONICS Imaging crew, bright eyed and bushy tailed, made their way to teach the 8:00am APA Education Class, “Beginner Hands-On Sandcarving Seminar.” The class was taught by Darin Jones, Technical Training Sales Specialist and Andy Hromatka, Technical Sales Specialist, both with IKONICS Imaging. The class was full of eager students, ready to learn the art and skills of Simple Sandcarving. The seminar went over photoresist film application along with hands-on sandcarving demos. Student’s sandcarved glass, ceramic, stainless steel and more. The sandcarving seminar wrapped up at 11:30am, our crew rushed out of there.

Next, the IKONICS Imaging Reps had to finish setting up the exhibit space – unpacking crates, organize glass/crystal display, sandcarving supplies, stuff literature, and ensure all the CrystalBlast and AquaBlast machines were working! No time to take a break, Darin Jones was off again to teach at the Awards & Personalization Expo Business Bootcamp. Darin Jones spent a good half-hour discussing the basics of sandcarving, the ins-and-outs of the industry along with the potentials of sandcarving. Next stop was the Awards Associates of America presentation at The Palms Hotel. Darin, Andy and Peter Norman, IKONICS Imaging Sales Director, booked their way over The Palms and presented to the AAA group by 2pm. The IKONICS crew went over the Patented CleanFlo technology, new CrystalBlast Elite sandcarving machine and the 400+ new glass and crystal items added to our LSG-HollowWare glass line. Part of the crew grabbed dinner at Batista’s Hole in the Wall restaurant while the others remained at The Palms. Another early night for everyone as they geared up for the first day of the International Awards & Personalization Expo. 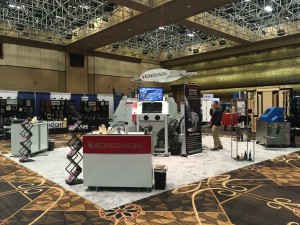 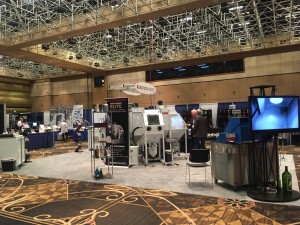 Wed, Feb 21 – show floor opens, first day of the show! Before attendees arrived, 8am, Darin Jones and Andy Hromatka taught their last APA Education Class of the week, phew. Day one was by far the busiest day of the entire expo. It was wonderful to reconnect with customers along with acquiring new customers. There’s always a buzz in the IKONICS Imaging booth, particularly with the new CrystalBlast Elite, along with the Summit, Pro X2, Pioneer and AquaBlast Elite machines. Attendees really enjoy hands-on sandcarving demos using RapidMask photoresist film, along with pre-imaged UltraPeel and R-Series photoresist films. After the expo was over, IKONICS imaging met up at the APA 80’s-themed After Hours Party with delicious appetizers and drinks. It was a fabulous event! The IKONICS Imaging crew ended the evening at the Culinary Dropout restaurant at Hard Rock Hotel, cool, British-style gastropub chain with quirky decor, serving tasty comfort food and inventive cocktails. 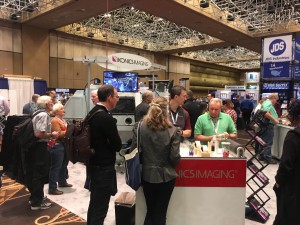 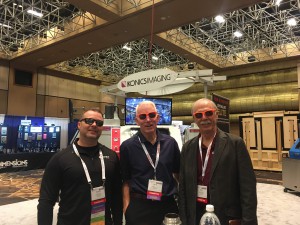 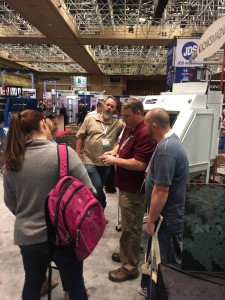 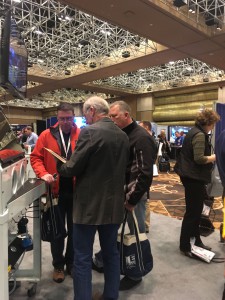 Thurs, Feb 22 – second day of the show! The booth experienced steady traffic the entire day. Again, the hands-on sandcarving demos were a hit. The IKONICS booth had a lot of returning, interested customers, ready to make a purchase. During the APA Expo, there’s also the Awards & Recognition Industry Educational Foundation (ARIEF) Silent Auction going alongside the event. Peter Norman of IKONICS Imaging served as the ARIEF President this year. Jessica Wetzel co-chaired the ARIEF committee and overall, the silent auction raised over $59,000 – a record year in the books! IKONICS also donated a hand-full of items to the auction, well done! After the show ended, the IKONICS crew cleaned up for the APA Awards Gala Reception. Another beautiful event with appetizers, drinks and fabulous presentations highlighting the industry’s best and brightest. The gala honors those who have demonstrated immense dedication to the industry and the APA association. Peter Norman also presented the ARIEF scholarship winners. After the gala, the IKONICS team met up with Media Blast & Abrasive, Inc., and customers at Benihana at Westgate Las Vegas, the perfect ending to the evening. 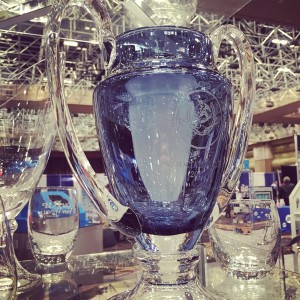 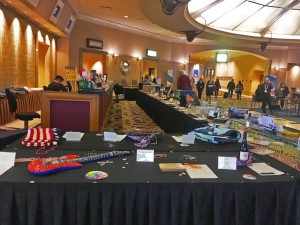 Fri, Feb 23 – last day of the show! Before the show floor opened, APA hosted the Member Breakfast & Annual meeting. The IKONICS crew joined in as APA honored and celebrated the contest winners, learned the new 2018-2019 board of directors and enjoyed Darren LaCroix, motivational speaker. Off to the show floor, the end is near. The booth was a bit slower that day, you could say the same for the entire exhibit hall.  As soon as the clock hit 3pm, the IKONICS crew was ready for tear-down. After all the crates arrived back to the booth, everything was taken down, re-packed and off to the next destination. By 8:00pm, everything was packed and ready for pick-up. After a fun dinner at Guy Fieri’s El Burro Borracho, most of the team headed back to their rooms early in preparation for the 6am flight out of Vegas the next day. A couple other walked the strip for some sight-seeing. 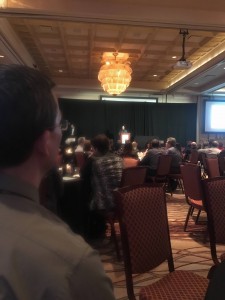 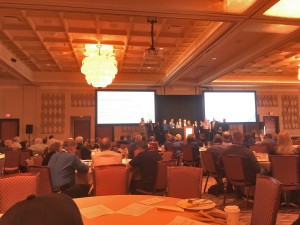 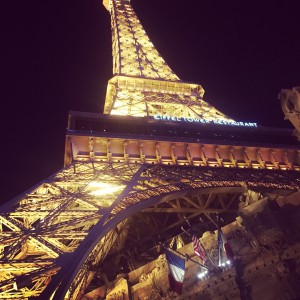 Overall, the 2018 International Awards & Personalization Expo never fails IKONICS Imaging. It’s one of the most involved yet fun shows of the year. We look forward to next year’s show, we’re thrilled to see what 2019 holds for IKONICS Imaging.