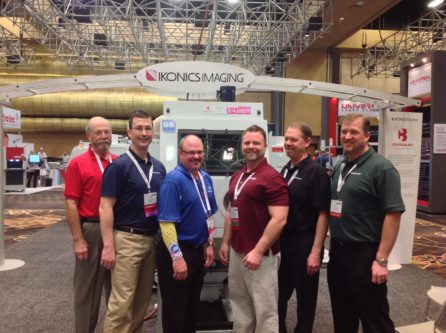 Mastering the City that Never Sleeps

For over 30 years, IKONICS Imaging (Media Blast’s Sandcarving Distributor) has been exhibiting at the Awards and Personalization Association’s International Expo in Las Vegas, NV. This dynamic community is a vibrant network of professionals that create, distribute, or sell recognition and personalization products. The 2016 APA International Expo was a huge success this year for IKONICS Imaging. From the introduction of the new CrystalBlast Master, to the release of the Elite Medallion Hunt and our newly elected APA Board Member, Peter Norman – IKONICS Imaging Corporate Account Manager – it was a great ride!

With the show beginning the following morning, the team had their work cut out in setting up six CrystalBlast sandcarving machines, including the grand reveal of a never-before-seen, completely customizable, high-production machine: the CrystalBlast Master. On top of creating a unique and engaging booth space, Darin Jones and Wes Barton met with a wide range of sandcarvers in their beginner to expert level education session ‘Personalize It With Sandcarving’ held on Tuesday morning, March 1st. 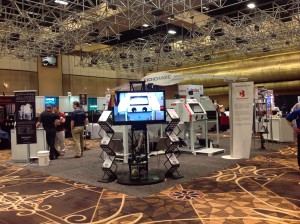 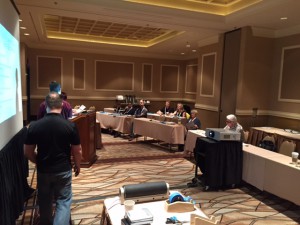 Following the Tuesday education session and the complete booth set-up, Peter Norman, Wes Barton, and Darin Jones traveled across the street to present to the Awards Associates of America (AAA) group. Following that event, the IKONICS Imaging team stopped by their rooms to freshen up before heading to the AAA Vendor Reception on the 52ndfloor of the Palms. With a glorious view of the Las Vegas strip, vendors and members had the chance to socialize and enjoy scrumptious appetizers.

Wednesday, March 2, 2016 – Show Opens
There’s a lot of commotion the morning before the doors open to the show! Autumn Gray quickly set-up the AEIRF silent auction items while the rest of the team finalized the booth! When the doors opened, excited attendees rushed into the show. Among the hustle and bustle of the crowd, our partners at MediaBlast and Abrasive, Inc. joined the IKONICS Imaging team in assisting attendees with their sandcarving questions. Bob Robinson was especially helpful to a number of customers who were curious on how IKONICS Imaging’s CrystalBlast machines compared to our competitor’s machines. 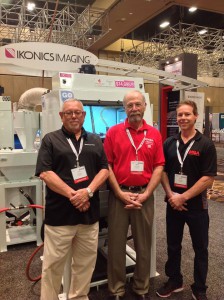 MediaBlast and IKONICS Imaging wrapped up day one of the show, which was a huge success!  The guys followed the APA Expo crowd to the Mo-Town After Hours Party, where they were able to socialize with attendees and exhibitors alike. The dynamic sandcarving duo, IKONICS Imaging and Media Blast, enjoyed a delicious dinner with some of their distributors and attendees of the APA show before calling it a night. Anyone heard of Battista’s Hole in the Wall? It’s tradition and highly recommended! 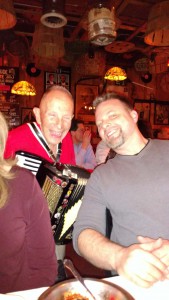 Thursday, March 3, 2016 – Show Day #2
On the second day of the show, the guys were able to show off the new CrystalBlast Master, with its additional features that included a fixed turntable and “spider” attachment – perfect for sandcarving multiple wine bottles at once. Another popular feature of the show, was the custom made arm sleeves by JDS Industries that were handed out to attendees and given to IKONICS Imaging’s own Darin “Dr. Jones” Jones, Peter “Pedro” Norman, and Autumn “Grayscale” Gray. The IKONICS Imaging wrapped up day two of the show – another successful day! 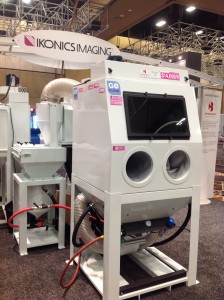 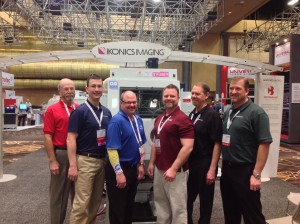 That night, IKONICS Imaging attended the Awards Gala. Many great companies and individuals were congratulated on their hard work and IKONICS Imaging was honored to be a part of such a great event. 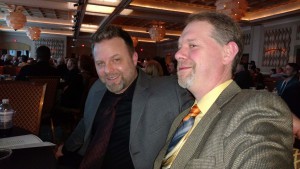 Friday, March 4, 2016 – Last Day of Show
IKONICS Imaging’s own Peter Norman was honored at the APA Member Breakfast Friday morning, where he was officially announced as one of the Awards & Personalization Board Members. Darin Jones was also congratulated as he was selected to be a part of the Education Committee.

On the last day of the show, IKONICS Imaging and MediaBlast were still going strong! With many attendees excited to try their hands at the CrystalBlast Elite and the CrystalBlast Summit sandcarving machines, our booth was full of energy. We also had a lot of buzz around the new CrystalBlast Master with all of its exciting new customization options. 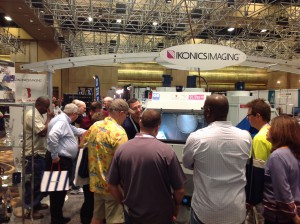 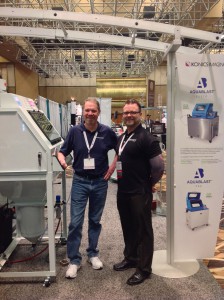 The last day of the show is always bittersweet. All the hard work, show preparation and long exhibiting days come to an end. The IKONICS Imaging team strategically tore the booth down and worked into the wee hours of the night, crating and packing all the materials. They were the last ones out the door. IKONICS Imaging and MediaBlast and Abrasive, Inc. would like to thank all those who attended the show and look forward to seeing you next year in Las Vegas, NV – the city that never sleeps.